As a journalist, Will Everett has reported from the Middle East, South Asia and West Africa for National Public Radio, the BBC, Voice of America and other outlets.  With Walter Cronkite he wrote and produced the 2006 documentary World War One Living History Project, the only media project to honor the last surviving veterans of WWI. He also collaborated with CNN’s Soledad O’Brien on a program for the National Campaign to Stop Violence.

For ten years he was the creator and host of the syndicated NPR program Theme and Variations. His work has been recognized by the Society for Professional Journalists, the New York Festivals, the National Headliner Awards and the Poynter Institute.

His novel We’ll Live Tomorrow was  published in October 2015.  He also provided lyrics for a choral collaboration with Joseph Martin, “The Message,” published by Hal Leonard.

Will holds a master's degree from the University of Southern California Annenberg School for Communication and Journalism.  A native of Texas, he currently lives and works in Afghanistan.

Thanks for your note. I'll be in touch. Unless you're a hater, in which case, have a nice life. 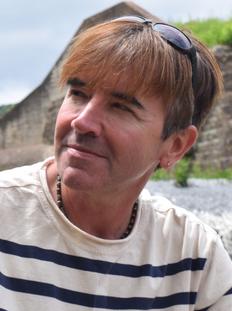